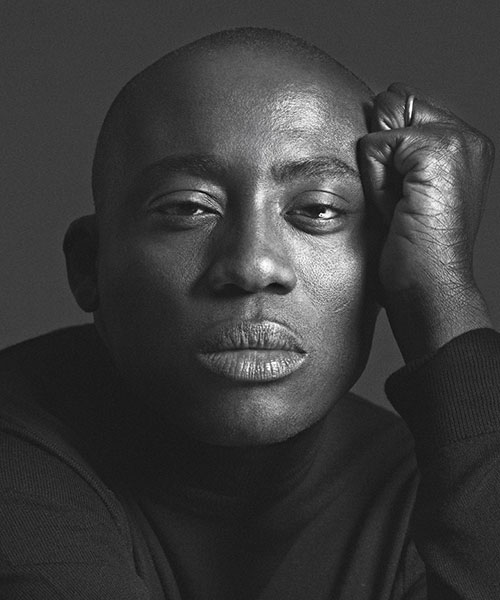 Edward Enninful took over as Editor-in-Chief of British Vogue in August 2017.

Prior to that Enninful was Creative and Fashion Director of the American magazine W since 2011, where he worked with the world's best fashion photographers to produce ground-breaking, highly admired work. His experience as a fashion editor dates back to 1991 when he was named Fashion Director of the avant-garde British title i-D at the age of 19, a position he held for more than 20 years. In the years between 1998 and 2011 he contributed extensively to American Vogue and Italian Vogue.

Born in Ghana 45 years ago, one of six children, Enninful was brought to London as a child and grew up in the city's Ladbroke Grove area.  He became interested in fashion as a teenager when he was scouted as a fashion model. He displayed a talent for fashion styling which led the then Editor of I-D, Terry Jones, to appoint Enninful as the magazine's fashion director, the youngest in the industry. He attended Goldsmith's, University of London, well known for its art programmes, but left before graduation in order to plunge full-time into a fashion editing career.

In 2014 he was named fashion creator of the year by the British Fashion Council, he was honoured with an OBE in 2016 for Services to Diversity in the Fashion industry, and in 2018 he was awarded the Media Award by the Council of Fashion Designers America and the PPA Chairman’s Award for his remarkable career. In 2019, Enninful was honored by The Daily Front Row for Magazine of the Year at the Fashion Media Awards and named in the Evening Standard’s top 20 most influential Londoners of 2019.