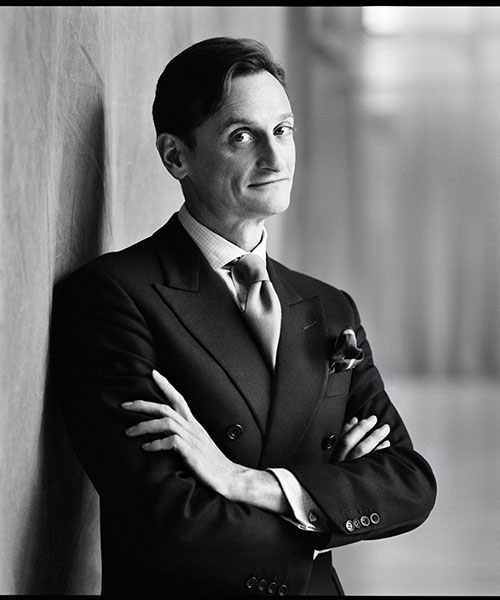 International Editor at Large for Vogue

Hamish Bowles, the International Editor at Large for Vogue, is recognised as one of the most respected authorities of fashion and interior design. After beginning as Vogue’s Style Editor in 1992, Bowles was promoted to European Editor at Large in 1995 and, in 2011, to his current role, which includes overseeing all interior design features, writing profile stories, and covering fashion, contemporary culture and the history of fashion and style for the magazine.

In addition to his contributions to Vogue and Vogue.com, Bowles has curated notable fashion exhibitions, such as the internationally renowned Jacqueline Kennedy: The White House Years - Selections from the John F. Kennedy Library Museum at the Metropolitan Museum of Art’s Costume Institute (2001); Balenciaga: Spanish Master at the Queen Sofia Spanish Institute (2010) and at San Francisco’s de Young Museum (2011); and, most recently, the critically acclaimed House Style: Five Centuries of Fashion at Chatsworth, which opened in March of 2017.