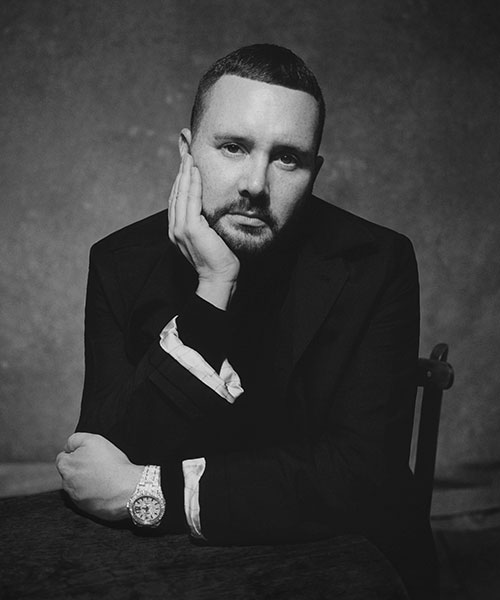 Kim Jones was born in London in 1979, but by the age of three months, he was already headed with his globetrotting family to Ecuador. A nomadic childhood followed, including stays throughout Africa (Ethiopia, Kenya, Tanzania, and Botswana) and the Caribbean and frequent stops back home in London.

By the age of 14, Jones knew he wanted a creative career and he considered graphics and photography before discovering that fashion was “something I could build a world aroundˮ.

Jones attended London’s prestigious Central Saint Martins College of Art and Design where he obtained an MA in Menswear. His graduation show was covered extensively by the press, which convinced him to launch his eponymous brand and the first collection was presented at London Fashion week in 2003. A stint as designer for British high street sportswear brand Umbro followed. This was the first time a cutting-edge young designer took on a mass menswear brand in the UK and the collaboration was very well received. Jones followed with design for Britain’s Topman, Mulberry, Alexander McQueen, Alfred Dunhill and others, where he injected his own vibrant mix of high fashion and street style into classic English menswear.

Jones joined Louis Vuitton in 2011 as Men’s Studio Director and presented his last collection in January 2018.

In March 2018, Jones was appointed as Artistic Director of Dior for the Men’s Ready-to-Wear and Accessory collections. His first collection was presented in June 2018, during Paris Men’s fashion week.